Online ticket sales for this event are closed.

Seventeenth-century Italy was an exceptionally fertile and exciting place for vocal music. The beginning of the century ushered in radical new compositional approaches, as well as the budding genre of opera.

This program will highlight works by two of the century’s most sensual composers for the voice, Claudio Monteverdi and Barbara Strozzi, as well as their contemporary, the lute virtuoso Giovanni Kapsberger. A rare cantata for voice and recorder by Alessandro Scarlatti demonstrates the culmination of seicento vocal writing at the cusp of the high baroque period.

Sospiri d’Amore is a group of passionate baroque specialists, who came together under the artistic direction of internationally acclaimed baroque interpreter Nerea Berraondo.

Tickets will also be available at the door – cash or check only! Make checks out to Joe Dolson. 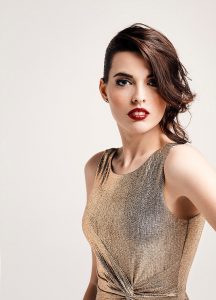 Ms. Berraondo has won international prizes and competitions including Juventudes Musicales de España and Julián Gayarre International Singing Competition. In 2012 she was bestowed a Merit Award by the Centro Nacional de Difusión Musical (CNDM). She has had the honor of performing at the opening recital of the CNDM season with Eduardo López Banzo. Ms. Berraondo has also offered comparable solo recitals in London, Madrid, Barcelona, Valencia, Minneapolis and St. Louis. 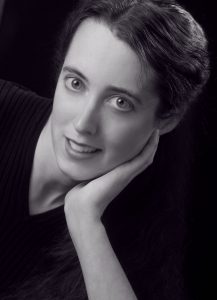 Janna Kysilko is a versatile soprano with a performance history that ranges from baroque opera to contemporary art song. While a graduate student at The Eastman School of Music, she appeared as Euridice in Gluck’s Orfeo ed Euridice, and Sophie in Strauss’s Der Rosenkavalier, under the direction of Steven Daigle and opera coach Benton Hess. Recent operatic roles in the Twin Cities include Mabel in The Pirates of Penzance, and Jenny in Sondheim’s Company at Century Theatre. Janna can also regularly be seen singing with Opera on Tap Minneapolis, performing arias and scenes in a fun, casual setting.

Notable concert appearances include performances on the Schubert Club’s Courtroom Concert Series, a performance of songs by Lili Boulanger on the Thursday Musical Artist Series, a guest solo with the Minnesota Philharmonic Orchestra in Villa-Lobos’s Bachianas Brasileiras No. 5, and solos with the Festival Chorale of her alma mater, Macalester College. With a particular love of German Lieder inspired by her years living in Vienna, she has collaborated with many fine keyboardists in art song performances, including Shih-Hsing Chang, Kola Owolabi, Kristian Bezuidenhout, Barbara Brooks, Christine Dahl, and Gail Olszewski. 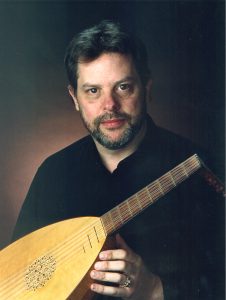 Phillip Rukavina performs as a lute and vihuela soloist and as a continuo lutenist. He’s appeared at many music festivals specializing in early music, including the Utrecht Early Music Festival (2013) and the Boston Early Music Festival (2015). In 2017, Phillip was invited to perform as a soloist at the European Lute Festival in Füssen, Germany (2017) and at the Lute Society of America’s 2017 WestFest held in Victoria, BC Canada.

Phillip is a founding member of the Venere Lute Quartet and has performed with many prominent ensembles, including the Newberry Consort, the Texas Early Music Project, the Rose Ensemble, the Bach Society MN and with renowned sopranos Emma Kirkby and Ellen Hargis. He has served on the faculty of the Lute Society of America’s LuteFest in Cleveland, OH and the Amherst and Vancouver Early Music Festivals. He has recorded on the Lyrichord, LSA, and Naxos labels. His fifth Studio395 solo release, Dutch Light: the Lute Music of Nicolas Vallet, was issued in winter of 2017. 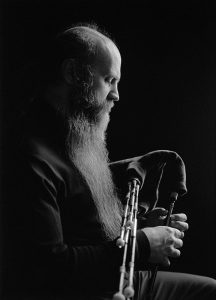 Hensold has regularly appeared as recorder soloist with the Twin Cities-based baroque orchestra Lyra Concert since 1986, also appearing with the Chicago Early Music Consort, Ex Machina, Circle of Sound, and the Minnesota Orchestra. His research interest in early Scottish music resulted in a lecture and concert appearance at the 1997 Lowland and Border Piper’s Society collogue in Peebles, Scotland. The proceedings of this conference, along with Hensold’s two other related papers, were published as “Out of the Flames” in 2004.

He is principal composer and arranger for the Celtic-oriented quartet Piper’s Crow, and also performs with several other folk groups and as part of a 4-piece traditional Cambodian ensemble. He released his solo CD, Big Music for Northumbrian Smallpipes, in August 2007. He is a 2006 Bush Artist Fellow.

Joe Dolson was concertmaster of the Minnesota Philharmonic Orchestra from 2001-2015. He has freelanced as a violinist within the Twin Cities since graduating from Macalester College in 2000, performing everything from high-concept performance art music with composer Franz Kamin, to classical and romantic string quartet music with the Elderberry String Quartet, to traditional English and Scottish Country Dance music. His forays into historical dance forms, in turn, led him to an interest in studying baroque performance practice with violinist Marc Levine. ]

The conversion of the St. Paul’s Episcopal Church on the Hill building into the Summit Center for Arts and Innovation is a wonderful project to build a new education and performance center in the heart of Saint Paul. Owner John Rupp and Harry Chalmiers, the former president of McNally Smith College of Music, have been working tirelessly to fix up the space and build a new creation and collaboration center for the performing arts.

While the space isn’t yet fully operational, they’ve already gotten a great start at booking performances. The Twin Cities Early Music Festival gave performances in the space in August, and the Saint Paul Chamber Orchestra has scheduled concerts in their Liquid Music series for March.

The entrance to the space is from Saratoga Avenue. Parking in the area is largely residential.

Online ticket sales for this event are closed.